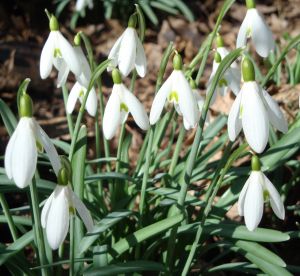 Suddenly it’s March! This is how people grow old, isn’t it?

Since my last post, we have paid off the last of our consumer debt! We are officially back at $0 and very happy to be there. The rocks in our debt jar have been gone since the end of January and yet I still have the jar sitting in its usual place at the top of our stairs. Eventually I’ll put it away, but it still makes me happy when I walk by and see that it’s empty, so for now it remains. People who visit our home and don’t know the story may think it’s a little odd – ah well. Or perhaps they don’t even notice it…

The other big news is that our son is engaged! 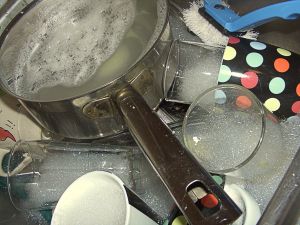 It’s very fun for me that some of you are reading through the Bible this year along with me.  I’m really looking forward to sharing comments, thoughts and insights back and forth either through the facebook fan page, or by e-mail. It’s already been a blessing to me and I’m certain it will be for you too. If you decide to join us at some point, just check out BibleGateway.com “Reading Plans” for a good spot and jump in any time.

Speaking of blessings, there has been another!  Last year I began to really notice how the clutter in my house and the drudgery of my daily routines around home were bogging me down. I spent a few weeks trying to get a handle on it myself which only resulted in noticing how bogged down I was. 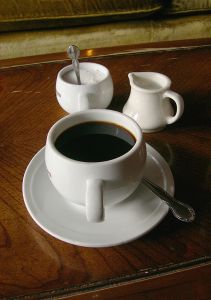 I know it's been a long time since you've heard from me. I have been doing the same things you've been doing - planning, shopping, cooking, wrapping, sending - and trying to stay organized and enjoy the journey.

It's been a really good Christmas for us here which among other things has resulted in 2 new learning curves. My kids bought me a programmable coffee maker which makes very delicious coffee. Unfortunately my first 2 attempts at coffee waiting for me in the morning have resulted in an empty cup. I'm going to see if I can figure this one out today.

My other learning curve is my daughter's cell phone. She bought herself a new one and since there is some time left on her old phone and since I'm among that very small group of people who have never owned a cell phone - she's given it to me. I can't text, it takes me more rings than they give to figure out how to answer it, and I'm really not interested in being "connected" wherever I am. But it is almost 2011. So I'm giving it a go for these two weeks and we'll see if there's a way I can get it to work for me.

Read more: You Are Invited! 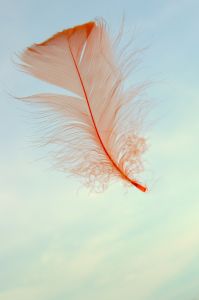 It was October of 2009 that Tim & I made the first positive changes to our finances. We had lived with ever increasing consumer debt for about 10 years. After 8.5 months of enjoying the blessing of obedience to God in our marriage, the issue of our spiraling financial situation again became a point of focus for us as it had many, many times previously. This time though, as I wrote of in a previous post, we both came to the issue differently, and for the first time we were able to make the changes we needed to begin the process of getting out of debt.

So now that we’re at the one year point, some of you may be wondering how we’re doing – has there been any significant progress? Are we closer to being  debt free than we were one year ago?