Where To from Here? 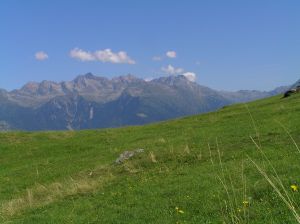 OK, so here I am in brand new territory. The previous 17 posts have completely told the story of the freedom God has brought into the life of this simple child of His.

Back at the beginning my intention was to “– tell the story

Well now that the story has been told, my constant question over the last month and a half is “Where to go from here?”

Read more: Where To from Here?

“There are those who… do not bless their mothers.” 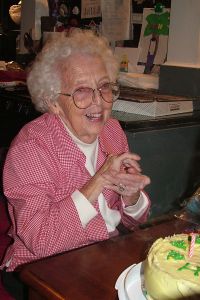 In His grace, God was leading me to deal with the impaired, unhealthy relationship I’ve had with my Mom to bring His wholeness, healing and ultimately even more life to me.

I’ve spent many years intrigued by Jesus’ question of Bartimaeus when he cried out “Have mercy on me!”  Now as I read the same story, there’s a well of emotion that easily brings tears to my eyes.  The desperate tenaciousness of Bartimaeus and the loving compassion of my Savior mirror what I’ve seen Him do in my life too – and so the tears of thankfulness and empathy.  This is the story as told in Mark chapter 10:

46Then they came to Jericho. As Jesus and his disciples, together with a large crowd, were leaving the city, a blind man, Bartimaeus … was sitting by the roadside begging. When he heard that it was Jesus of Nazareth, he began to shout, "Jesus, Son of David, have mercy on me!"
Many rebuked him and told him to be quiet, but he shouted all the more, "Son of David, have mercy on me!"

This next part of my journey to freedom involves my relationship with my mom.  In all my previous blog-posts when my story directly involves someone else, I’ve asked them to read what I’ve written before it is posted so I can edit anything they are not comfortable with before it goes public.  Unfortunately, I can’t do that this time.  Mom is alive, but she’s had a number of strokes which have affected her mind.  So in lieu of my mom, I asked my sister to read it.   She thought I should post it.

Still I hesitate…  I guess I need you to know a few things from the beginning:

With these things in mind, I continue …