The Night Before Christmas - Texas Style

Twas the night before Christmas, In Texas you know,
Way out on the prairie, without any snow.

Asleep in their cabin, were Buddy and Sue,
A dreaming of Christmas, like me and like you.

Not stockings but boots, at the foot of their beds,
For this was Texas, What more need be said? 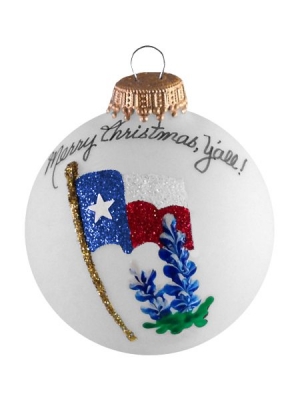 And I saw cross the prairie, like the shot from a gun,
A loaded up buckboard, Come on at a run.

The driver was "whistling" and "shouting" with a will,
The "Horses" (not reindeer) he drove with such skill.

"Come on there Buck, Poncho, and Prince, to the right"
There'll be plenty of travelin' for you-all tonight..

The driver in his Levis, and a shirt that was red,
Had a 10 gallon Stetson on the top of his head.

As he stepped from the buckboard, he was really a sight,
with his beard so curly and white.

As he burst in the cabin, the children awoke,
And both so astonished, that neither one spoke.

And he filled up their boots with such presents galore,
That neither could think of a single thing more.

When Buddy recovered the use of his jaws,
He asked in a whisper "Are you really Santa Claus?"

"Am I the real Santa? Well, what do you think?
And he smiled as he gave his mysterious wink.

Then he left in his buckboard, and called back in a drawl,
TO ALL CHILDREN OF TEXAS-MERRY CHRISTMAS YEE HAW!