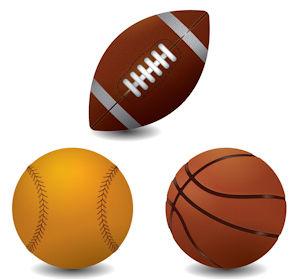 "Nobody in football should be called a genius. A genius is a guy like Norman Einstein."
--Football commentator and former player Joe Theismann

"I'm going to graduate on time, no matter how long it takes."
--Senior basketball player at the University of Pittsburgh

"You guys pair up in groups of three, then line up in a circle"
--Bill Peterson, a Florida State football coach

"That's so when I forget how to spell my name, I can still find my clothes."
--Stu Grimson, Chicago Blackhawks left wing, explaining why he keeps a color photo of himself above his locker.

"I play football. I'm not trying to be a professor. The tests don't seem to make sense to me, measuring your brain on stuff I haven't been through in school."
--Clemson recruit Ray Forsythe, who was ineligible as a freshman because of academic requirements

"I know the Virginia players are smart because you need a 1500 SAT to get in. I have to drop bread crumbs to get our players to and from class."
--George Raveling, Washington State basketball coach

"Why would anyone expect him to come out smarter? He went to prison for three years, not Princeton."
--Boxing promoter Dan Duva on Mike Tyson hooking up again with promoter Don King

"I can't really remember the names of the clubs that we went to."
-- Shaquille O'Neal on whether he had visited the Parthenon during his visit to Greece.