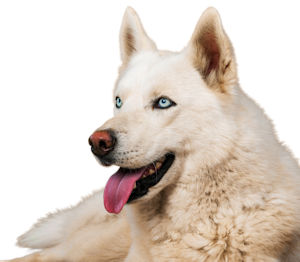 5:30am: Started the day as a hero! When the sound of the newspaper hitting the driveway roused me from my deep slumber, and the impact indicated the paper was much heavier than normal, I realized that no one in the house was yet awake! I roused my master by licking him in the face. He appeared very angry with himself for having overslept, shouting and waving his arms. His ill temper even seemed directed at me a bit, which is silly since it is I who saved him from being fired. Funny thing though: he didn't go into work, but spent the morning leafing through the large newspaper and drinking coffee. He seems to do this once a week, and I don't know why.

7:30am: Invaders! The people who live next door came out into their yard, obviously getting ready to lay siege to our house. Snarling and barking, I let them know in no uncertain terms that I was prepared to tear them limb from limb if they came any closer, and was able to repel the invasion. This is an almost daily occurrence; you'd think they'd learn. My master added his voice to the fray as well, yelling angrily. I am sure the people couldn't hear him, but it was nice of him to lend his support.

10:00am: I was forced to move, as the patch of sun in which I was lying had slid over a few feet. It's not easy being a dog.

1:00pm: I have the most thoughtful master in the world! While it's true he left me alone in the house for several hours, he did set out a treat for me on the kitchen counter. It was even gift-wrapped, a courtesy I wish he'd skipped, since it led to me having a lot of plastic in my teeth. The roast was delicious, though frozen in the center. I don't want to seem ungrateful, but crunching through two inches of rock-hard beef is hardly my idea of a delicacy.

2:00pm: Most unpleasant experience when my master returned home and was furious that I had not eaten the plastic wrap which had been covering my present. He kept pointing at the small pieces of styrofoam and other debris, raving in a most irrational fashion. I'm sorry, but he should know that I can't eat that stuff; it makes my stomach upset. When he began rolling up a newspaper I realized he'd lost all reason and bolted for the front door, which was fortunately open just a crack.

4:00pm: Spent the afternoon with the girls. A most productive day; I was able to mark territory for two blocks. "Drip 'til you drop" is our motto. We had a small snack at an outdoor cafe we like, with meat scraps and bread served out of circular containers with easily displaced lids. Ran into that rogue Sebastian, who lifted his leg with irritating nonchalance. Does he think I don't know about his obsession with Muffy, that snotty schnauzer from down the road? Last month there wasn't a male in the neighborhood who couldn't be found outside her fence, and Sebastian was at the head of the pack. I let him know I want nothing more to do with him.

5:00pm: What a treat! On the way home a flock of ravens drew my attention to a squirrel that had been flattened by an automobile. After several days in the sun, the aroma was so delicious it made my nose quiver. I rolled in the wondrous fragrance for several minutes, and when I stood up I positively radiated eau-de-road-kill. Let Sebastian drool over Muffy; he doesn't know what he's missing.

6:00pm: Of all the times to get a bath! My master, still in a foul mood, made me stand outside in the chill air while he shampooed and rinsed me several times. Every time I shook the water from my fur he, too, became drenched, and in the end he was shivering. Why in the world does he do stuff like this?

9:00pm: Time to sleep, though I am not allowed on the bed whenever anyone's home. Ah, the life of a dog.