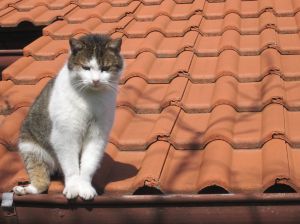 A bachelor kept a cat for companionship, and loved his cat more than life itself.

He was planning a trip to England and entrusted the cat to his brother's care. As soon as he arrived in England he called his brother.

"How else can I tell you your cat's dead?" inquired the brother.

"Mother?" came the reply. "Oh, she's up on the roof, but the Fire Department is getting her down."