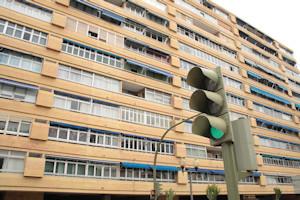 A limousine had encountered a red traffic light and was waiting for it to change when a small Yugo also drives up. The haughty businessman in the back of the limousine started bragging to the Yugo owner that his was the best car that money could buy.

"This is the best limo that money can buy. It has ABS, airbags for all passengers, automatic climate control, onboard computer control system, photochromatic glass, mini bar, a television with wifi embedded in the roof, blah blah blah...."

At this point the Yugo owner interrupted.

The light changed at this point, and the limo driver pulled off. The businessman in back felt a bit down that he didn't have this simple item, and that very day had one installed in the limo.

A few days passed by, and again the limo was at a traffic light when the businessman spotted the Yugo again. It was pulled over to a side, with the glasses all steamed up, and steam coming from a half-open window. Upon seeing this, the businessman got out of his car and knocked on the window of the Yugo. After a few moments, the Yugo owner poked his head out (which was dripping with water, by the way!).

"I installed a DVD in my limo", said the businessman proudly.

The Yugo-man responded: "You got me out of the shower for THAT?"