Chickens in the Sack 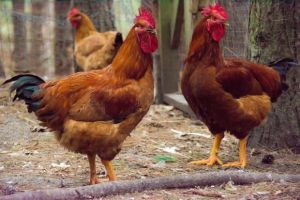 If you are wondering what a Goober is, there is a picture of one here.

There were two Goobers walking toward each other down the street.

One Goober was carrying a sack.

When they met up, the second Goober asked, "Whatcha got in that there sack?"

The Goober with the sack replied, "Just some chickens."

The second Goober said, "If I guess how many chickens are in that there sack, can I have one?"

The first Goober answered, "I'll give ya both of them if you get it right."

So, the second Goober thought and thought. Finally he guessed. "Five?"