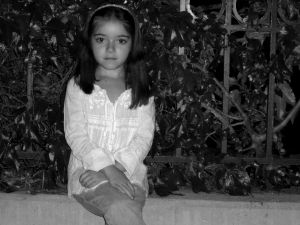 Nine-year-old Aaron came home from the playground with a bloody nose, black eye, and torn clothing.

It was obvious he'd been in a bad fight and lost.

While his father was patching him up, he asked his son what happened.

"Well, Dad," said Aaron, "I challenged Larry to a duel. And, you know, I gave him his choice of weapons."

"I know, but I never thought he'd choose his sister!"