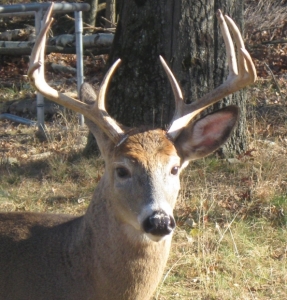 A group of friends went deer hunting and paired off in twos for the day.

That night, one of the hunters returned alone, staggering under the weight of an eight-point buck.

"Henry had a nasty fall and broke both of his legs. He's a couple of miles back up the trail."

"You left Henry laying out there and carried the deer back!?!"

"A tough call," nodded the hunter, "but I figured no one is going to steal Henry!"