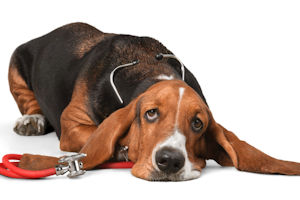 *Mind Games You Can Play with Your Humans*

1. After your humans give you a bath, DON'T LET THEM TOWEL DRY YOU! Instead, run to their bed, jump up and dry yourself off on the sheets. This is especially good if it's right before your humans bedtime.

2. Act like a convicted criminal. When the humans come home, put your ears back, tail between your legs, chin down and act as if you have done something really bad. Then, watch as the humans frantically search the house for the damage they think you have caused. (Note: This only works when you have done absolutely nothing wrong.)

3. Let the humans teach you a brand new trick. Learn it perfectly. Then when the humans try to demonstrate it to someone else, stare blankly back at the humans. Pretend you have no idea what they're talking about.

4. Make your humans be patient. When you go outside to go 'pee,' sniff around the entire yard as your humans wait. Act as if the spot you choose to go pee will ultimately decide the fate of the earth.

5. Draw attention to the human. When out for a walk always pick the busiest, most visible spot to go 'poo.' Take your time and make sure everyone watches. This works particularly well if your humans have forgotten to bring a plastic bag.

6. When out for a walk, alternate between choking and coughing every time a strange human walks by.

7. Make your own rules. Don't always bring back the stick when playing fetch with the humans. Make them go and chase it once in a while.

8. Hide from your humans. When your humans come home, don't greet them at the door. Instead, hide from them, and make them think something terrible has happened to you. (Don't reappear until one of your humans is panic-stricken and close to tears.)

9. When your human calls you to come back in, always take your time. Walk as slowly as possible back to the door.

10. Wake up twenty minutes before the alarm clock is set to go off and make the humans take you out for your morning pee. As soon as you get back inside, fall asleep. (Humans can rarely fall back asleep after going outside, this will drive them nuts!)