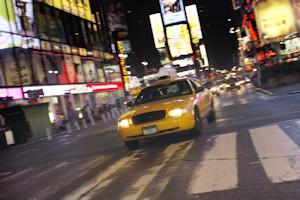 A guy in a taxi wanted to speak to the driver so he leaned forward and tapped him on the shoulder.

The driver screamed, jumped up in the air and yanked the wheel over.

The car mounted the curb, demolished a lamppost and came to a stop inches from a shop window.

The startled passenger said, "I didn't mean to frighten you, I just wanted to ask you something."

The Taxi driver said, "It's not your fault sir. It's my first day as a cab driver.

I've been driving a hearse for the past 25 years!"