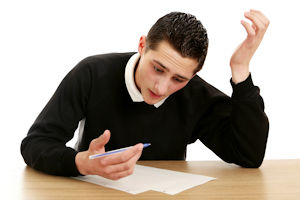 Robert and Peter had applied for jobs at a large company and had to take an intelligence test as part of the application process. Though both of them found the test a breeze, they also both admitted to being momentarily stumped by the final question: "Name a 14 letter word for someone in charge of a plant."

"How did you answer that last one?" asked Robert. "I thought it was tough at first ... then I thought of Superintendent."

"I think I got it right too," Pete said. "But I wrote down Horticulturist."