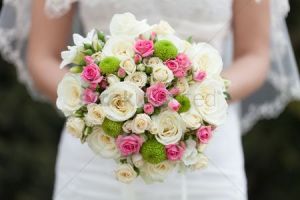 All eyes were on the radiant bride as her father escorted her down the aisle.

They reached the altar and the waiting groom; the bride kissed her father and placed something in his hand.

The guests in the front pews responded with ripples of laughter.

Even the priest smiled broadly.

As her father gave her away in marriage, the bride gave him back his credit card.