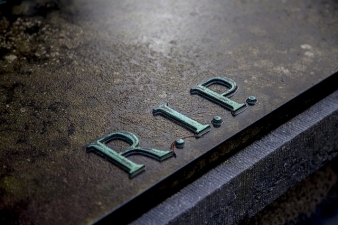 Three goobers, Bubba, Earl and Jeb, were walking home late one night and found themselves on the road that led past the old graveyard.

"That's nothing", says Earl, "here's one named Butch Smith. It says here that he was 95 when he died."

"What was his name?" asks Bubba.

Jeb lights a match to see what else is written on the stone marker, and exclaims, "Miles, from Georgia."