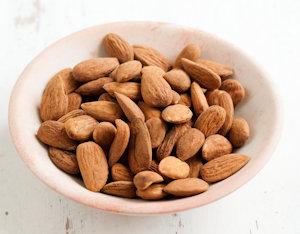 Mrs. Jones had been steadfast in her local congregation for many years and that is why her absence was noticed lately. The pastor decided to drop by her house to check up on her after the Sunday service. He knocked on her door and being that she's nearly 85 it took her a bit to get to the door.

"It's Pastor Smith," he answered.

"Very well. I stopped by to be sure your prayer needs are being met."

Just then the phone rang and she excused herself to get it. The pastor sat near a table with an old reader's digest and a bowl of almonds. After 15 minutes, then 20, he heard his stomach growl and he began to get restless. He started in on the bowl of nuts and began reading. After 45 minutes, he suddenly realized that he had eaten all of the almonds.

Right then Mrs. Jones returned and said, "I'm so sorry. That was my sister from Pittsburgh. She only calls once a month so when she does we have to catch up on everything."

The pastor feeling a little embarrassed said, "I must also apologize, for while you were gone I got hungry and ate all the almonds in your little bowl there. Please, forgive me," he said.

Mrs. Jones replied, "Oh Pastor, that's no problem. I can only suck the chocolate off of them anyways!"