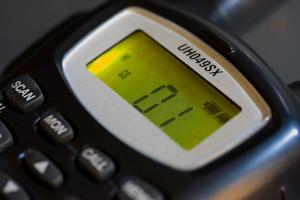 My cousin worked on the Alaska pipeline as a welder. He said helicopters were a big help in covering the rugged ground.

I've never forgotten a story he told about being in the communications room of one of the base camps when a call came in. A panicked voice called to request another helicopter be sent up to the forward work camp.

A supervisor happened to drop in and heard the conversation between the dispatcher and the mechanic. He got on the radio to ask the mechanic on the other end why they need another helicopter.

The obviously harried mechanic paused before transmitting his reply, then said vaguely, "Well, the one we have won't fly."

The frustrated supervisor pressed the question, "Why won't it fly."