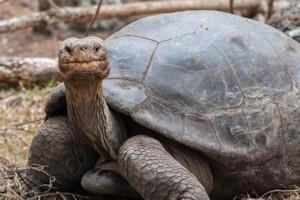 A young man was a very slow worker and subsequently found it difficult to hold down a job.

After a visit to the employment office, he was offered work at the local zoo.

When he arrived for his first day, the keeper, aware of his reputation, told him to take care of the tortoise section.

Later, the keeper dropped by to see how the young man was doing and found him standing by an empty enclosure with the gate open.

"Where are the tortoises?" he asked.

"I can't believe it," said the new employee, "I just opened the door and whoosh, they were gone!"