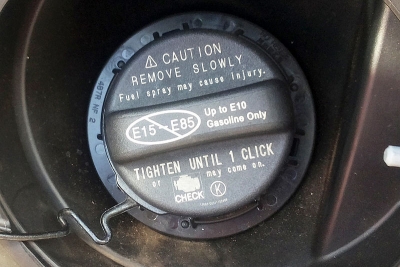 David filled his car with gas at a self-service gas station.

After he had paid and driven away, he realized that he had left the gas cap on top of his car. He stopped and looked and, sure enough, it was lost.

Well, he thought for a second and realized that other people must have done the same thing, and that it was worth going back to look by the side of the road since even if he couldn't find his own gas cap, he might be able to find one that fit.

Sure enough, he hadn't been searching long when he found a gas cap. He tried it on, and it went into place with a satisfying click.

"Great," David thought, "I lost my gas cap, but I found another one that fits.

And this one's even better because it locks ..."