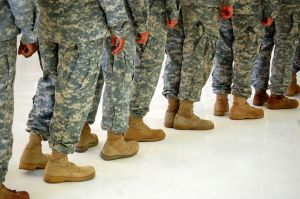 As the family gathered for a big dinner together, the youngest son announced that he had just signed up at an army recruiter's office.

There were audible gasps around the table, then some laughter, as his older brothers shared their disbelief that he could handle this new situation.

"Oh, come on, quit joking," snickered one. "You didn't really do that, did you?"

"You would never get through basic training," scoffed another.

The new recruit looked to his mother for help, but she was just gazing at him.

When she finally spoke, she simply asked, "Do you really plan to make your own bed every morning?"