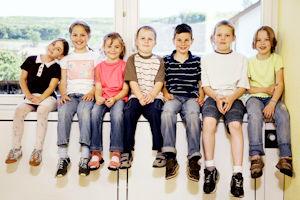 Your bedroom isn't cluttered; it's "passage-restrictive."

You're not having a bad hair day; you're suffering from "rebellious follicle syndrome."

You're not shy. You're "conversationally selective."

You don't talk a lot. You're just "abundantly verbal."

It's not called gossip anymore. It's "transmission of near-factual information."

The food at the school cafeteria isn't awful. It's "digestively challenged."

Your homework isn't missing; it's just having an "out-of-notebook experience."

You're not sleeping in class; you're "rationing consciousness."

You don't have smelly gym socks; you have "odor-retentive athletic footwear."

You weren't passing notes in class. You were "participating in the discreet exchange of penned meditations."

You're not being sent to the principal's office. You're "going on a mandatory field trip to the administrative building."