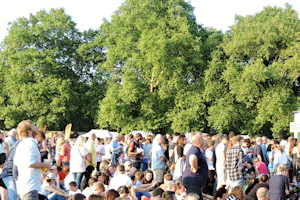 A father worked as an accountant for the Air National Guard.

Despite a regular adequate income he had a "poor" mindset, always unhappy about money matters and very vocal about it.

One year at an air show, in a crowd of many close-by people, his daughter looked up at him and said, "Dad, what do you do out here?"

He answered with a smile, "I pay the bills."

She looked at him in obvious dismay, looked around, looked back at him, and announced (to the delight of all around), "No wonder we're so poor!"