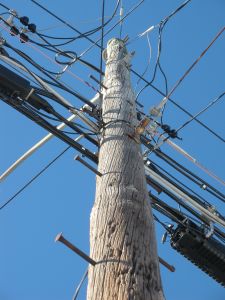 Three preachers sat discussing the best positions for prayer, while a telephone repairman worked nearby.

"Kneeling is definitely best," claimed one.

"No," another contended. "I get the best results standing with my hands outstretched to Heaven."

"You're both wrong," the third insisted. "The most effective prayer position is lying prostrate, face down on the floor."

The repairman could contain himself no longer.

"Hey, fellas," he interrupted, "the best prayin' I ever did was hangin' upside down from a telephone pole."