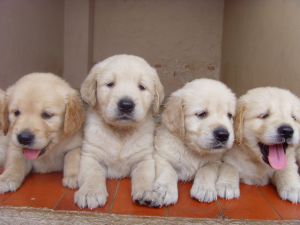 An effusive client brought a litter of puppies to my veterinary clinic for inoculations and worming. She loved them so much, she couldn't keep from remarking about their cute habits.

As the look-alike pups squirmed over and under one another in their box, I realized it would be difficult to tell the treated ones from the rest. I turned on the water faucet, wet my fingers, and moistened each dog's head when I had finished.

After the fourth puppy, I noticed my hitherto talkative client had grown silent. As I sprinkled the last pup's head, the woman leaned forward and whispered, "I never realized they had to be baptized."