Race Horses in a Stable 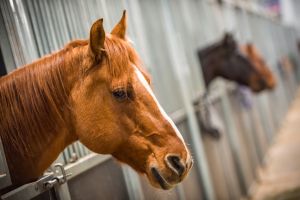 Some race horses are staying in a stable when one of them starts to boast about his track record: "In the last 15 races, I've won 8 of them!"

At this point, they notice that a greyhound dog has been sitting there listening. "I don't mean to boast," says the greyhound, "but in my last 90 races, I've won 88 of them!"

The horses are clearly amazed. "Wow!" says one, after a hushed silence. "A talking dog."