Sending it With Him 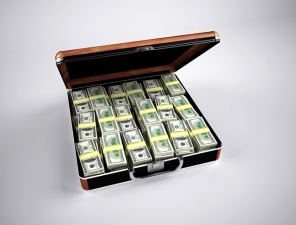 He loved money more than just about anything, and just before he died, he said to his wife, "Now listen. When I die, I want you to take all my money and put it in the casket with me. Because I wanna take my money to the afterlife with me."

And so he got his wife to promise him with all of her heart that when he died, she would put all of the money in the casket with him.

Well, one day he died. He was stretched out in the casket, the wife was sitting there in black, and her friend was sitting next to her. When they finished the ceremony, just before the undertakers got ready to close the casket, the wife said, "Wait just a minute!' She had a box with her, she came over with the box and put it in the casket. Then the undertakers locked the casket down, and they rolled it away. Her friend said, "I know you weren't fool enough to put all that money in there with that man."

She replied, "Listen, I'm a Christian, I can't lie. I promised him that I was gonna put that money in that casket with him."

"You mean to tell me you put that money in the casket with that man?"