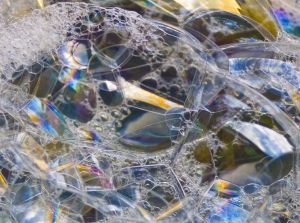 A minister was asked to dinner by one of his parishioners, who he knew was an unkempt housekeeper.  When he sat down at the table, he noticed that the dishes were the dirtiest that he had ever seen in his life.

"Were these dishes ever washed?" he asked his hostess, running his fingers over the grit and grime.

She replied, "They're as clean as soap and water could get them."

He felt a bit apprehensive, but blessed the food anyway and started eating.  It was really delicious and he said so, despite the dirty dishes.

When dinner was over, the hostess took the dishes outside and yelled, "Here Soap!  Here Water!"