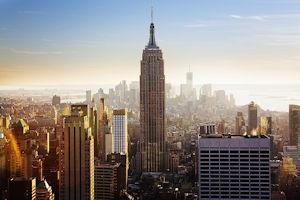 Three men worked in the Empire State Building on the 102nd floor.

One day the elevator was out of service, so they had to walk up to their office. To pass the time, they decided that one would sing a song, one would tell a joke, and the third would tell a sad story - each taking a turn every floor until they reached the top.