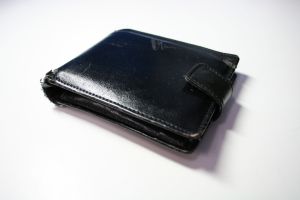 It was John's turn to drive carpool into town on a day when a new member was traveling along for the first time. As they rode along he began to be suspicious of his new carpooling passenger.

John checked to see if his wallet was safe in the pocket of his coat that was on the seat between them, but it wasn't there! Ah, just as he suspected! He immediately slammed on the brakes, ordered the fellow out, and said, "Hand over the wallet!"

The frightened carpooler handed over a billfold, before John drove off, leaving him alone at the side of the road.

When he arrived home that evening, he started to tell his wife about the experience. Just as he started to recount the whole story, she interrupted him, saying,

"Oh, that reminds me, John. Do you know that you left your wallet at home this morning?"