10 Words That Don't Exist, But Should 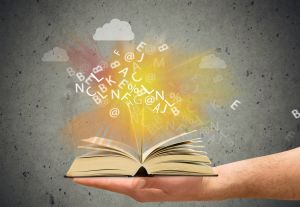 1. AQUADEXTROUS (ak wa deks'trus) adj. Possessing the ability to turn the bathtub tap on and off with your toes.

2. CARPERPETUATION (kar' pur pet u a shun) n. The act, when vacuuming, of running over a string or a piece of lint at least a dozen times, reaching over and picking it up, examining it, then putting it back down to give the vacuum one more chance.

3. DISCONFECT (dis kon fekt') v. To sterilize the piece of confection (lolly) you dropped on the floor by blowing on it, assuming this will somehow 'remove' all the germs.

4. ELBONICS (el bon' iks) n. The actions of two people maneuvering for one armrest in a movie theater.

5. FRUST (frust) n. The small line of debris that refuses to be swept onto the dust pan and keeps backing a person across the room until he finally decides to give up and sweep it under the rug.

6. LACTOMANGULATION (lak' toh man gyu lay' shun) n. Manhandling the "open here" spout on a milk container so badly that one has to resort to the 'illegal' side.

7. PEPPIER (peph ee ay') n. The waiter at a fancy restaurant whose sole purpose seems to be walking around asking diners if they want fresh ground pepper.

8. PHONESIA (fo nee' zhuh) n. The affliction of dialing a phone number and forgetting whom you were calling just as they answer.

9. PUPKUS (pup' kus) n. The moist residue left on a window after a dog presses its nose to it.

10. TELECRASTINATION (tel e kras tin ay' shun) n. The act of always letting the phone ring at least twice before you pick it up, even when you're only six inches away.