The Importance of Proofing 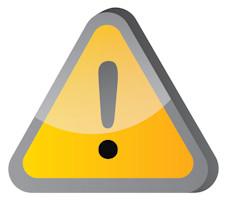 ~ IMPORTANT NOTICE: If you are one of hundreds of parachuting enthusiasts who bought our Easy Sky Diving book, please make the following correction: on page 8, line 7, the words "state zip code" should have read "pull rip cord."

~ There was a mistake in an item sent in two weeks ago which stated that Ed Burnham entertained a party at crap shooting. It should have been trap shooting.

~ There are two important corrections to the information in the update on our Deep Relaxation professional development program. First, the program will include meditation, not medication. Second, it is experiential, not experimental.

~ In the City Beat section of Friday's paper, firefighter Dwight Brady was misidentified. His nickname in the department is "Dewey." Another firefighter is nicknamed "Weirdo." We apologize for our mistake.

~ In a recent edition, we referred to the chairman of Chrysler Corporation as Lee Iacoocoo. His real name is Lee Iacacca. The Gazette regrets the error.

~ In one edition of today's Food Section, an inaccurate number of jalapeno peppers was given for Jeanette Crowley's Southwestern chicken salad recipe. The recipe should call for two, not 21, jalapeno peppers.

~ The marriage of Miss Freda vanAmburg and Willie Branton, which was announced in this paper a few weeks ago, was a mistake which we wish to correct.