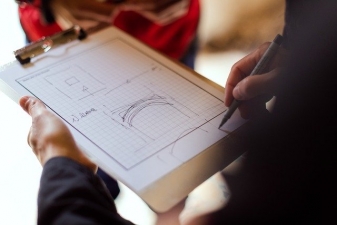 The quantity of consonants in the English language is constant.  If omitted in one place, they turn up in another.  When a Bostonian "pahks" his "cah," the lost r's migrate southwest, causing a Texan to "warsh" his car and invest in"erl wells."

#4 The earth may spin faster on its axis due to deforestation.  Just as a figure skater's rate of spin increases when the arms are brought in close to the body, the cutting of tall trees may cause our planet to spin dangerously fast.

#3 Communist China is technologically underdeveloped because they have no alphabet and therefore cannot use acronyms to communicate ideas at a faster rate.

#2 Why Yawning Is Contagious: You yawn to equalize the pressure on your eardrums.  This pressure change outside your eardrums unbalances other people's ear pressures, so they must yawn to even it out.