Things You Would Never Know Without the Movies 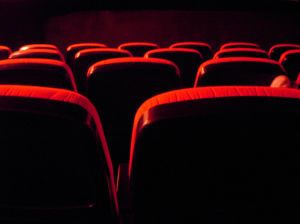 - It is always possible to park directly outside any building you are visiting.

- A detective can only solve a case once he has been suspended from duty.

- If you decide to start dancing in the street, everyone you bump into will know all the steps.

- Most laptop computers are powerful enough to override the communication systems of any invading alien civilization.

- It does not matter if you are heavily outnumbered in a fight involving martial arts - your enemies will wait patiently to attack you one by one by dancing around in a threatening manner until you have knocked out their predecessors.

- When a person is knocked unconscious by a blow to the head, they will never suffer a concussion or brain damage.

- No one involved in a car chase, hijacking, explosion, volcanic eruption or alien invasion will ever go into shock.

- Police Departments give their officers personality tests to make sure they are deliberately assigned a partner who is their total opposite.

- When they are alone, all foreigners prefer to speak English to each other. If they're villains, they will probably speak with an English accent.

- You can always find a chainsaw when you need one.

- Any lock can be picked by a credit card or a paper clip in seconds, unless it's the door to a burning building with a child trapped inside.

- An electric fence, powerful enough to kill a dinosaur will cause no lasting damage to an eight-year-old child.

- Television news bulletins usually contain a story that affects you personally at that precise moment you turn the television on.

(You'll find the second part of this list here.)