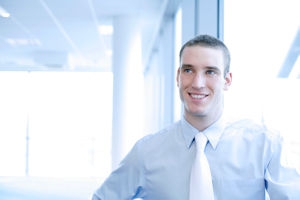 Rick, fresh out of accounting school, went to an interview for a good paying job. The company boss asked various questions about him and his education, and at the very end asked him, "What is three times seven?"

After he left, he double-checked it on his calculator and realized he wouldn't get the job.

About two weeks later, he got a letter saying he was hired for the job! He was not one to look a gift horse in the mouth, but was still very curious.

The next day he went to his new job and during a break approached his new boss to ask why he got the job, even though he got such a simple question wrong.

The boss shrugged and said, "Well, you were the closest."