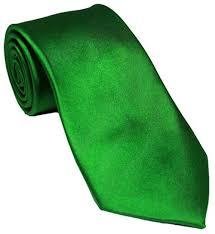 At a clearance sale, the wife of a federal district court judge found a green tie that was a perfect match for one of her husband's sports jackets.

Soon after, while the couple was vacationing at a resort complex to get his mind off a rather complicated cocaine conspiracy case, he noticed a small, round disc sewn into the design of the tie.

The judge showed it to a local FBI agent, who was equally suspicious that it might be a 'bug' planted by the conspiracy defendants. The agent sent the device to FBI headquarters in Washington, DC for analysis.

Two weeks later, the judge phoned the Washington office to learn the results of their tests.

"We're not sure where the disc came from," the FBI told him, "but we discovered that when you press it, it plays 'Jingle Bells.'"