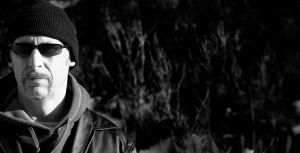 One night, Tim was walking home when, all of a sudden, a thief jumped on him.

Tim and the thief were began to wrestle. They rolled about on the ground and Tim put up a tremendous fight. However, the thief managed to get the better of him and pinned Tim to the ground.

When the thief went through Tim's pockets all he could find on Tim was 25 cents. He was so surprised at this he asked why Tim had bothered to fight so hard for 25 cents.

"Was that all you wanted?" Tim replied, "I thought you were after the five hundred dollars I've got in my shoe!"