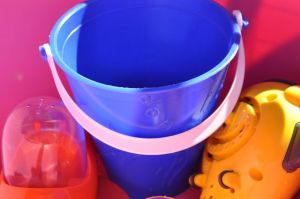 When I lived in a dorm, one of the favorite intramural sports was water fights. Dousing and bombarding one another with water from squirt guns, glasses, balloons, even wastebaskets. Since each room had a sink, there was endless ammunition. The most frequent target was the Resident Assistant.

Approaching his room one afternoon, he noticed his door was ajar. Looking up, he saw a pail of water balanced on the door's edge, ready to fall on him. As he took down the pail and emptied it into his sink, he thought, "Those crazy guys actually thought they could fool me with that old gag!"

It was then he realized we'd removed the drainpipe beneath the sink.