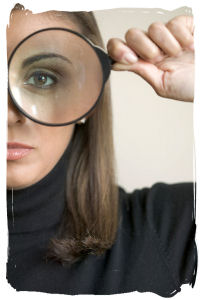 A honeymoon couple is in the Watergate Hotel.

The new bride is concerned and asked, "What if the place is still bugged?"

He looks behind the drapes, behind the pictures, under the rug . . . "AHA!" he shouts!

Sure enough, under the rug was a small disc-shaped plate, with four screws. He gets his Swiss army knife, unscrews the screws, throws them and the plate out the window.

The next morning, the hotel manager asks the newlyweds, "How was your room? How was the service? How was your stay at the Watergate Hotel?"

Curious, the groom says, "And why, sir, are you asking me all of these questions?"

The hotel manager says "Well, the room UNDER yours complained of the chandelier falling on them!"