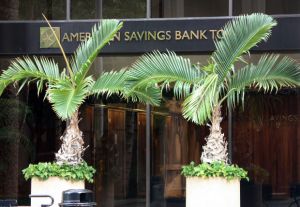 We are all used to the conveniences of a modern bank.

While there have been money lenders throughout the ages, full service banks are a relatively new phenomenon. Molan Cache is usually considered the man who developed modern banking as we know it today. He enlisted the aid of Tomas Benes, the Count of Prague and chief financial advisor of King Charles II. The two were able to convince the Bohemian monarch to finance this new experiment in banking.

So really, credit should go to a Czech king, a count and Cache.