We're rerunning this pun because of some delightful and terrible comments shared about it! 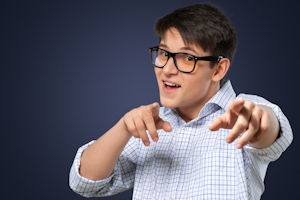 I've decided to join a mime troupe. No telling what will happen.

Note: Subscriber Casey shared this pun on a FaceBook forum called THE PUNITENTIARY. Thanks, Casey, for sending us a bunch of the comments that were made!

~Promises to be a quiet night.

~No!!! The actions of those groups are unspeakable.

~I predict that you will be acting up rather than acting out.

~Remember to think outside the box.

~I witnessed one of the greatest mime troupes ever! They performed musicals and concerts - you haven't lived until you see 50 mimes signing "The Sound of Silence" by S & G and "The Flesh Failures/Let the Sunshine In" from Hair - magnificent!

~gestures will suffice. you will have to work it out for your selves