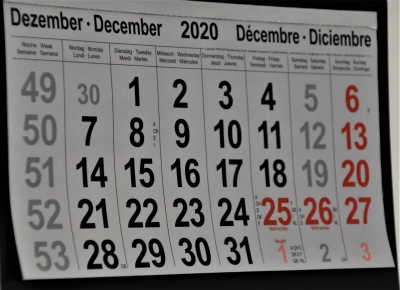 There are only 5 days left in 2020 and in that short time I have a number of pre-New Year's goals to accomplish. They are:

This week's video share is actually a playlist for the first season of "The Chosen."

Last Thursday's video share about the shepherds in Bethlehem was actually the unintentional pilot for this series. The shepherd video was made for a church by Dallas Jenkins following the biggest failure of his directing career, but it went viral and that lead to this amazing series.