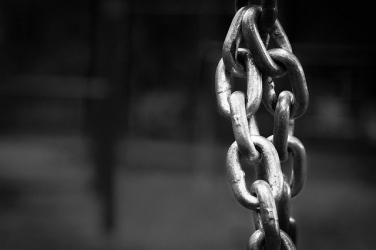 I often receive posts from persecuted Christians overseas (overseas from me, that is) regarding the most recent and terrible acts of violence carried out against their community. On one recent post, I was disappointed to see someone from a North American country commenting and basically asking for prayer because the same things were happening in their country. I commented back that it was not true but the commenter insisted that it was.

I really think it is important for Christians living in freedom to look into and learn what life is truly like for so many of their brothers and sisters around the world. Becoming better informed will not only help them to live more grateful lives, it will also help give them discernment when politicians pretend there is persecution in order to get their votes to try and stop it.

Look, I'm not saying life in North America is a Utopia for Jesus's followers, but thinking we have it as hard as those being oppressed, maimed, and killed for their faith puts us in the wrong mindset to be salt and light in our own countries. Many years ago I knew a man who was very passionate about a ministry of outreach he had to women who were trapped in the sex trade. However, he was such an obtuse, overbearing, rude, pain in the neck (those are not the actual adjectives I would use if you and I were sitting down over a coffee) that nobody wanted to support him. Of course, every time he was rejected by someone he just chalked it up to persecution.

I think something similar happens when Christians stop seeing themselves as free in Christ to reach out and love others and instead self-identify as oppressed and see others as enemies to be wary of and fight with hate. Their attitude and combative approach to discourse turns people off and puts them on the defensive, which makes it easier to view them as combative, which makes it easier to continue combat against them. It's a classic scenario of self-fulfilling prophesy - though no true prophet is behind it.

What got me onto this long train of thinking is my video share for today. It's a video about life as an urban refugee: a refugee who has fled for their lives to a different country, but instead of ending up in a refugee camp is living (and often hiding) in a city which is foreign to them.

They are one type of refugee that we try to help through the "Be a Billionaire Fundraiser":
www.cybersalt.org/inspiration/be-a-billionaire-fund-raiser

They are one type of refugee we try to connect others to through the "Body of Christ Connection":
www.cybersalt.org/body-of-christ-connection/