Dad At A Distance

(August 14, 2003 - for the next in this series of devotions regarding my daughter's cancer click here.)

I would like to begin this devotional by thanking everyone for their calls, cards, kind comments, and especially prayers for my daughter Alyssa during her recent surgery and radiation treatment for thyroid cancer. At this time we have every reason to expect that she is cured.

Close to three weeks after her second surgery, my daughter was given radioactive iodine 131 in pill form and placed in strict isolation for 2 days. Following her return home, we were instructed to stay a metre away from her for 8 more days. Because I myself was born with cancer and received 28 radiation treatments, to my kidneys and surrounding areas at 6 months old, I am under instructions by my doctor to avoid radiation as much as possible. You can imagine that living with a mini Chernobyl (the former Soviet Union's infamous and disastrous nuclear reactor) for over a week was therefore a bit of a challenge for me. Though I wanted to, I could not sit next to my daughter, give her a hug goodnight, or take meals with her. In my heart of hearts I wanted to, but I just could not be near what was emanating out of her.

This whole nuclear avoidance experience gave me new insight into how sin separates us from God. God will not relate personally with any soul that has sin. It's not because sin would damage Him like radiation might me or how kryptonite weakens Superman. No, sin hinders our being in intimate spiritual relationship with God because it is totally contrary to His nature. To let sinful mankind dwell in His presence God would have to pronounce sin good. That just isn't going to happen because in order to do so God's Divine nature (which is the only standard of what is sinful or not) would have to change. And so we see in our world what I experienced in my home for 8 days - a Father's love felt toward a sick child whose condition renders unrestricted relationship impossible.

The solution? Well, for me it was time. For God, however, time is no solution. No amount of time or even eternity itself can make the ones He loves and is separated from better. God's only option is to remove their sin in a way that does not at the same time condone it. Someone has to pay for the sin that God cannot just excuse. That's what God did when He became the only sinless man since the Garden of Eden. Jesus, God become man, took the sin of the whole world upon Himself and died on the cross, paying the penalty we owed. In doing so He opened the door so that anyone believing in Him would be cleansed of the sin that radiates from them and keeps God at a distance. When we trust solely in what Jesus did for us, He completely washes from us the aura of our guilt and the inherited darkness of Adam's original rejection of God.

Because of Jesus, our Father in Heaven need no longer be a Dad at a distance. 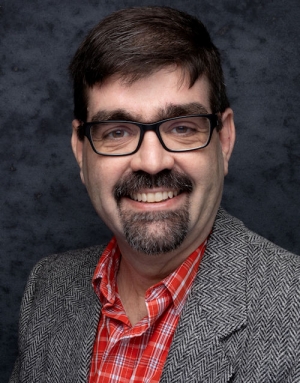