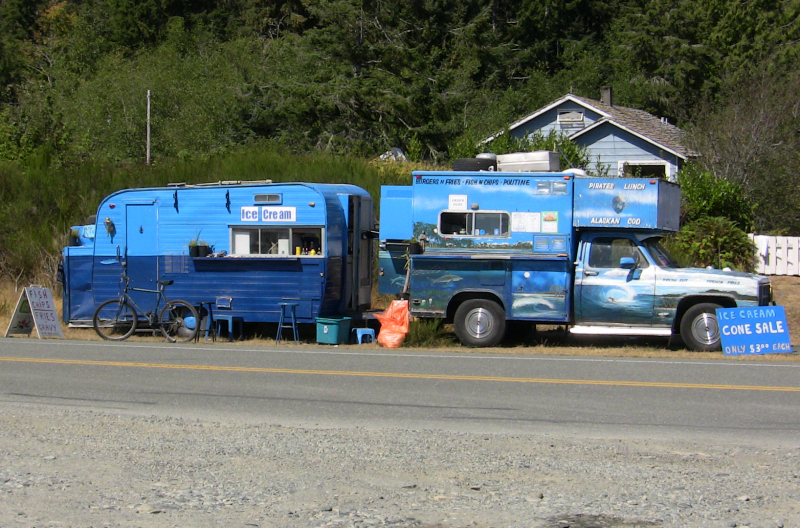 Susan and I celebrated our 24th anniversary on Monday - and we celebrated in style at the best dining establishment in  downtown Jordan River.  No, not that Jordan River - this one.

Actually, we were a bit disappointed because it turned out that the place we really wanted to go to has shut down.  I was hoping to enjoy a nice meal of chicken fingers, but I know others who have enjoyed the place's "potato wedgies" - which, frankly, sounds mighty uncomfortable to me.

So instead we made do with two $3.00 single scoop ice cream cones because sometimes you can't have memories unless you make them!