A Life Altering Discovery: Mothers Are Not Fathers 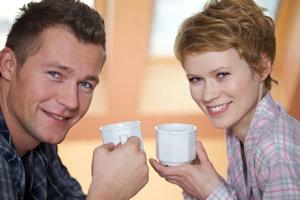 Celebrating another "Mother's Day,” gave opportunity to reflect on the influence and importance of mothers in our society today. I think for the most part mothers get a bad rap these days, or at least they don’t get the kind of appreciation they truly deserve, and they sure don’t get the pay-package they earn. Of course, if they did nobody could afford a mother.

Sometimes it's great to remember the personal influence a person's mother has had on them throughout the years. It was Abraham Lincoln who said, "All I am or ever hope to be I owe to my mother." Perhaps he said this in lieu of a Mother's Day card. Why didn’t I think of that?

Because of the way God has designed things, a person's mother is the first relationship he or she has in life. If it is a good relationship, it will have a positive influence throughout a person's lifetime.

Of course, there are those who have never known their mother. Perhaps she died in childbirth or maybe a few days or months after giving birth. The cause is not important, the real importance is the fact that a person never really gets to know his or her mother.

Even for us who have had mothers in our lives, it is often difficult to say we knew our mothers. Because nothing in all of God's creation is quite like a mother. All I know is, they start out as women, which may explain a lot.

From my youth I recognized a big difference between my mother and my father. I could never really put my finger on it until years after I left home. Looking back over my life and appreciating some of her influences in my life, I began to understand some things about my mother.

The most astounding thing I discovered about my mother is that mothers are not fathers.

I know this may come as a shock to many people; it came as a terrific shock to me. I'm not sure I have gotten over it yet. I knew there was a difference somewhere, but I really could not put my finger on it until I made this awesome discovery.

Once the shock of this truth waned, I gave this some thought and came up with a few comparisons that helped me understand the difference.

For example, I remember my mother always having a funny smell about her not quite like the good earthy aroma my father had. My mother always went to great pains so she would smell "pretty." I never did like perfume. It made my nose burn. I remember liking the smell of my father. It was just more natural. And some days it was more natural than other days.

As I think of my mother, I remember she was highly allergic to dirt, while my father was quite at home with it. Whenever I would come into the house with dirt from head to toe, my mother would go into some kind of hysterical fit wanting me to take off all my clothes and get in the tub right away, and sometimes, it was not even Saturday night.

Father, on the other hand, seemed happier when he was the dirtiest. Dirt never seemed to bother him. Grease spots or grass stains never offended him at all. But all of this offended my mother.

With a “holier-than-thou” air she would always say, "Cleanliness is next to godliness."

I've often thought to myself, if God did not like dirt why did he make so much of it? And, why was it so much fun to play in?

Another thing I noticed about my mother was that she didn't know how to play catch in the backyard with her children. When she tried, she always threw like a girl. Father, on the other hand, caught everything, especially flak from mother. He caught everything she could throw, even a fit or two.

My mother was always laying down the law while father just lay down. I think my mother had some kind of nervous problem because she never could sit still long enough to really relax. Dad, could relax just about anywhere, and he did... often.

My mother and father made a good team, particularly in the building business. I can remember my mother always raised the roof while father enjoyed painting the town. My brother, sister and I enjoyed the painting exercises of my father, which may explain why his finances were always in the red.

Another thing I observed about my mother and mothers in general for that matter. There are times when mothers will have a good bawl for no reason, while fathers just loved having a ball for no reason.

I'm sure there were other differences between my mother and my father. When I realized that mothers are not fathers, the whole world began to make more sense to me. A good father is a perfect balance between a mother and a boy.

The Bible encourages us to honor both our father and mother. "My son, keep thy father's commandment, and forsake not the law of thy mother:" (Proverbs 6:20).

Perhaps wise Solomon had our generation in mind when he wrote, "There is a generation that curseth their father, and doth not bless their mother." (Proverbs 30:11).

Mothers may not be fathers but they are exactly what God ordered.