A Mystery Of Murderous Distortions 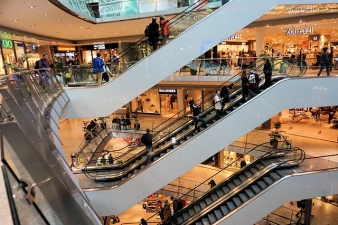 I do not want to alarm anyone – I’m not wound that tight – but there is a devious conspiracy in our country. A cabal of murderous distortions.

To be quite honest about all this, I was not the first to notice this conspiracy. In fact, it is quite unusual for me to notice anything first. As all husbands know, the husband is the last to know . . . anything.

It was the Gracious Mistress of the Parsonage who first become aware of this conspiracy and brought it to my attention. I like to give credit where credit is due, unlike some banks I know of, or who know me.

This is not the first time something like this has happened. Don’t ask me how she does it, for I do not know. I just wish I knew her secret. My wife is the first to notice everything.

If it was not for her acute sense of observation, I would never have noticed any of those things, and believe me, it is important to notice those things. If you don’t think so, forget just one sometime.

Back to the conspiracy.

Several weeks ago, my wife and I took a few days off and stole away to the romantic town of St. Augustine for some R&R&R, (Rest, Relaxation and Reading) the three most important pursuits of mankind.

I like St. Augustine because it is the only thing I know older than most of my neckties.

I remember what my good friend and spiritual mentor, the Reverend Frank Simmons used to say, “Either come apart and rest awhile or you will simply come apart.”

And, as one who has come apart several times, I know it to be true. Therefore, my wife and I, just before “coming apart,” take off and get outta Dodge.

One afternoon in St. Augustine, we decided to take in the local mall. I say “we” only in the loosest sense of the word. Personally, I would rather hit my thumb with a hammer than spend an afternoon at the mall.

When you are as happily married as I am (knock on wood), there are those little sacrifices that must be made. That’s just the kind of husband I am.

I know what you’re thinking. But it has nothing to do with any alleged repercussions if I don’t. Okay, maybe “nothing” is a little strong in this case.

The fact of the matter is, I joyfully accompanied my wife to the mall. About halfway through our afternoon at the mall, we sat down in a small coffee shop to enjoy a cup of Joe together.

Nothing relaxes me more than spending $6 for a .59-cent cup of coffee.

It was while we were enjoying our coffee that my astute wife made an observation.

Actually, it struck me out of left field, if I can be honest about it. I was too busy grumbling about the cost of the coffee to really take notice of what was happening around me at the time.

“Look at those people,” my wife whispered confidentially to me. “Look at how they are dressed.”

Frankly, I did not know what in the world she was referring to but I looked in the direction she was indicating.

When it comes to fashion, I don’t make a statement. My idea of fashion rests on two simple facts. Does it fit and can I afford it?

I’m a rather happy-go-lucky kind of guy when it comes to clothing. Where in the Constitution of the United States does it say that a person has to wear matching socks?

However, women, wives in particular, have a different sense about all this.

“Why would anyone,” she continued, ignoring my blissful ignorance on the subject, “leave their home dressed like that?”

Of course, I had not the faintest idea what was causing her so much distress. She then pointed out something I never thought of before.

People were dressed in the worst possible fashion, according to her: plaids with stripes; clothes so tight you could see their blood pulsating through their veins.

How people get into such clothes is beyond me. My only conclusion is, that they are born in those clothes.

Perhaps the biggest question I might have is, how in the world do they ever get out of their clothes at night?

And then the hair. I never took notice before, but as my wife pointed out to me, some people have really bad hairdos.

Just as she pointed this out to me, in walked a person – male or female, I don’t know – with their hair greased up in points. Each point was a different color.

The only blue hair I had seen was Aunt Erma’s back in Pennsylvania.

“You would think,” my wife commented, “that these people did not have mirrors in their homes.”

Then it struck me. I think my wife has hit upon something rather sinister. I’m only hoping it is not the work of some terrorist group, although there is a certain amount of terror in the thought.

Based on the evidence at hand, I must conclude that someone, or some group of people, have been stealing mirrors from the homes of unsuspecting people.

The evidence is too overwhelming to ignore. If people had mirrors in their homes they never would leave home without looking at themselves.

Reflecting on this I was reminded of something I had read in the Bible.

“For if any be a hearer of the word, and not a doer, he is like unto a man beholding his natural face in a glass: For he beholdeth himself, and goeth his way, and straightway forgetteth what manner of man he was” (James 1:23-24).