Acting a Fool Is a Full-Time Occupation 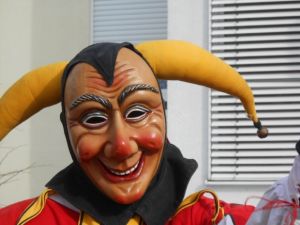 My paternal grandfather’s favorite holiday was April 1. He would spend months putting together some trick to fool either a family member or a friend. Both were assessable to his “tricks.”

He could read a person and within a few moments have an idea of what the best trick to play on that person. Nobody really saw it coming. They knew his reputation, of course, but he was so skillful in his acts of foolery that nobody ever guessed they were a target until was too late.

One thing I learned from my grandfather is that it is almost impossible to fool the Fool-Master. If he had spent as much time being a grandfather as being a reputable Fool-Master, he would have been the greatest grandfather in the world. His priorities, however, were not in that direction.

One thing my grandfather never did was reveal how he could pull off these tricks on people. At times he came close but that was his secret he took to his grave.

Those who tried to pull a trick on him usually have it backfire and turned out to be a Major-Fool. I know my cousins and I spent hours trying to figure out a foolproof plan to pull on our grandfather. The problem was, he died before we could finally put together anything that would come close.

Thinking about that recently, I was pondering the idea that it really takes a lot of time to be a fool. In fact, some people make it a full-time job.

With my grandfather, acting a fool was just a hobby. He could turn it on and he could turn it off and got a lot of fun out of pulling tricks on people who were not expecting such a trick from such a man. Other people carry this kind of foolery into every aspect of their life without even trying. They just simply are fools in everything they do. Now, I am not sure, does this comes naturally or do they have to work at it.

I must confess I am not my grandfather, although there have been times in which I yearn to be. His great accomplishment in life was to make fools out of people who thought they were smart and uppity.

I wish I knew how to do that!

I, on the other hand, need to work very hard at not being a fool. Believe me, it is a full-time job. It is so easy to be a fool. At least from my perspective.

I cannot tell you how many times the Gracious Mistress of the Parsonage has looked at me and said rather sternly, “Are you acting like a fool?”

Although we have been married for years, she has not really concluded that I cannot act. I am what I am, I am what you see, no thespian arts about it. I wish I was acting a fool, because then I could stop acting and become a normal person, whatever that is.

When I feel down on myself in this area, I think of many of the fools in the world around us. And we all know who we are.

I think the biggest fools in my book are those who are afraid of words. Words seem to upset and unnerve causing them to go into some kind of psychotic spin. I do not understand because a word is simply a word.

There are three letters in the English alphabet that brings more agitation and hatred than any other letters. Just three words.

The three letters are D O G. Of course, when you see those letters you immediately think of one of your favorite little animals. A dog is a friendly kind of a thing. When somebody sees these three letters, they usually smile. However, they are just three letters in the English alphabet. Nothing more than that.

These same letters make up the word dog. Yet if you reverse those letters and make it spell God, people get all agitated and upset and want to put a band on those letters.

Usually, the ones who are the most upset about these three letters so arranged are some of the highly educated people in our country. I simply do not get it. If they are so educated and sophisticated, why do three letters in the English alphabet frighten them?

David put this in the proper perspective. “The fool hath said in his heart, There is no God. They are corrupt, they have done abominable works, there is none that doeth good” (Psalms 14:1).

Happy holiday to those who qualify.