All I want for Christmas is to be left alone! 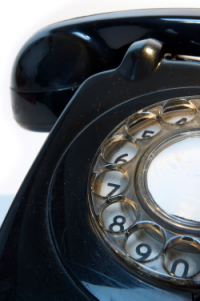 We had just finished our morning coffee for the morning and the Gracious Mistress of the Parsonage looked at me and said, "Let's go Christmas shopping."

This little piece of news ruined my meticulously worked out plans of doing nothing for the day. I was suspicious of her plans to go shopping for the day, but I did not know it included Yours Truly. Therefore, when I discovered I was part of her plans for the day my heart sank... just a little.

Shopping, whether Christmas or any other time of year, is not my cup of tea, although I always get in plenty of hot water. It would be different if I could go to the mall, get what I want and escape with as little collateral damage as possible. This is never the case. Shopping malls have been so designed to inflict as much collateral damage on husbands as possible. I think the reason they do it is so that when we get home we appreciate being at home.

I have long ago discovered that when the wife suggests going shopping for the day it is not a suggestion. Therefore, when she put forth her proposal, I humbly, even if halfheartedly, agreed.

When in a more philosophical mood, I sometimes wonder if the reason I am invited to accompany my wife on her shopping adventures is simply to be the chauffeur and the carrier of packages.

I dropped my wife off at the front doors of them all and proceeded to find a parking space. Evidently, news had leaked out that I was coming to the mall because there were no parking spaces available. After driving around for a half hour, I found a parking space 5 miles from the shopping mall. I was just happy to park the car. And, after all, I do need the exercise.

I finally got into the shopping mall and began my search for my wife. No sooner had I got into the mall then I was accosted by someone who grabbed my hand and began giving me a manicure. The manicurist was a man who had a firm grip on my wrist as he applied his manicurist techniques. Having one hand free I was tempted... oh, was I ever tempted.

Then I got a brilliant idea. Not all my ideas are brilliant, but occasionally one shines through for my rescue.

Looking over his shoulder, I exclaimed in a very excited voice, "Oh, my goodness. There's Elvis."

I made good my retreat and resumed the search for my wife. The shopping mall is a very large place, especially for someone who is not interested in 99.9% of the things in the mall. Then I found a little shop that sold coffee.

I took my coffee, found a bench and sat there enjoying a little reprieve. While drinking my coffee I watched the people come and go. After drinking the last drop of coffee, I resumed my search.

Just as I was coming to what I thought was the end of the mall and hopefully catching up with my wife, some young woman with a clipboard approached me. Had I known what she was up to I would have pivoted and ran in the opposite direction. Being the naïve, country bumpkin that I am, I looked at her and smiled.

Never smile at a stranger, especially one with a clipboard.

With a cheerful voice she said, "Can I ask you a few questions?"

At that moment, I knew what I was in for them so I said as politely as possible, "No, I'm really in a hurry."

"Oh," she said still smiling, "this won't take very long at all."

"No," I said still smiling.

“But, sir," she said rather pleadingly, "it's very important that I fill out my survey"

"No," I said with my smile beginning to fade.

"You don't understand," she said rather pleadingly, "if I don't take these surveys I won't get paid. And I really need the job. And it will only take a moment of your time."

"Okay," I stammered rather reluctantly.

Fifteen minutes later, she was still cheerfully asking me questions. I then had the second brilliant idea in a row. This has never happened to me before. And she was looking down writing on her clipboard I took the opportunity.

Aaaaah...chew. I feigned a sneeze in her general direction. I followed it by several more. She screamed, dropped her clipboard, and I took off and got lost in the crowd. Who says there is nothing good about the flu season?

Eventually, I found my wife who by this time was finished with her shopping spree. I carried all the packages out to the car and then drove home.

As I was unlocking the house door, I heard a telephone ringing. I quickly unlocked the door, grinning and dropping the packages I finally answered the phone. On the other end of the phone someone was cheerfully saying, "Are you satisfied with your health coverage?"

My comfort this Christmas is, "Let your conversation be without covetousness; and be content with such things as ye have: for he hath said, I will never leave thee, nor forsake thee. So that we may boldly say, The Lord is my helper, and I will not fear what man shall do unto me” (Hebrews 13:5-6 KJV).

Only one person's pursuit is welcomed and he promises never to leave me.