Are You Ready for Fall? 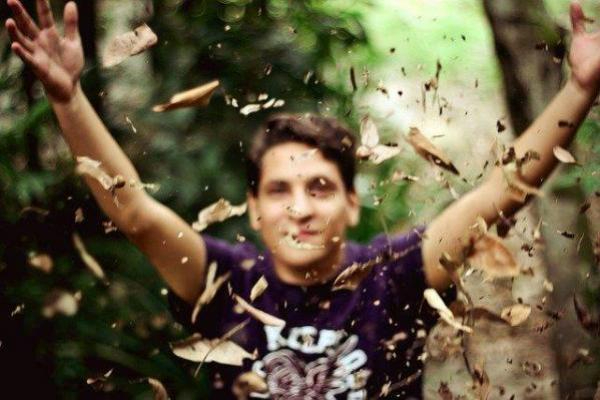 With such a tumultuous summer, I’m glad we are now beginning the fall season. There for a while, I didn’t think it was going to come. But, contrary to my negativity, it has arrived, and I’m delighted.

Summer wasn’t quite the way summers have been in the past. My family didn’t have many get-togethers and picnics like we normally do. However, we did have one, and that had to do for the summer. I’m hoping next summer we can catch up.

I remember when I was young, summer was a wonderful time. But, of course, maybe my memories are more wonderful than it actually was. At my age, you can’t always depend upon your memory. But then, it goes the other way as well.

I am so old that nobody can contradict any memories I might have. So I won’t say that I lie, but I do have a way of stretching the truth, just a little. And by just a little, I mean just enough to make it look better than what it actually was.

Of course, the best thing about my summers was no school. I was free all summer long to do what I really wanted to do. At the time, both of my parents worked full-time jobs, and I had the rule of my time.

As I look forward to the fall season, I’m trusting there will be some great times to celebrate. This generation seems to be the celebrating generation, but often it celebrates the wrong things. Some of the things that are celebrated make no sense whatsoever to me.

For example, I’ve grown tired of celebrating my birthday every year. After a while, it’s kind of mundane. How often can you listen to someone sing happy birthday to you?

Seasons have ways of coming and going, and by the time you get adjusted to one season, it’s over, and the next one is just beginning.

During the past summer, the Gracious Mistress of the Parsonage said several times, “When will this heat ever go away?”

I would always laugh and say to her, “When it is ready to go.”

She did not send a smile back at that time, but I still was smiling.

Every season has its individual characteristics, and sometimes we confuse them. For example, we have the imaginary expectation of perfect weather every day regardless of the season. But, to be truthful, I’m not sure what perfect weather is.

As we were getting closer to the fall season, the rain just came without a hint of letting up.

As soon as she said that, she looked at me and said, “That was not a question for you to answer.”

I laughed because I had an answer right on the tip of my tongue.

Contrary to what people think, I do like change. The idea is that when you get older, you don’t like change, but I would like to contradict that.

I look forward to change.

I like to enjoy one season, because it always prepares me for the next season.

Of course, the Gracious Mistress of the Parsonage is entirely against that. She would prefer that the season be the same all year long. But I like change.

I like to enjoy one season, and then I want to prepare myself for the next season.

The bad times during one season prepares me for the good times in the next season. If I didn’t have a bad time, I wouldn’t recognize a good time.

As we were sitting watching TV the other night, the Gracious Mistress of the Parsonage says, “I really don’t like change. I wish things would stay the way they are.”

“Well,” I said, “you certainly have changed through the years.”

She looked at me with a scowl and said, “What do you mean?”

Then I tried explaining to her that we’ve been married 50 years, and when we started our marriage, we were quite different than we are today.

She looked at me rather quizzically and said, “Who are you?”

She stared at me, and then both of us broke out in hilarious laughter.

There are two aspects of change; either for good or for bad. Each season brings in the kind of change needed to prepare for the next season.

I don’t know what this fall season will bring with it. I’m glad I don’t know because I probably would start the season with great discouragement instead of expectation.

As we discussed, my wife said, “and you are twice the man I married 50 years ago.” I thought about that and looked at her rather strangely, and then she broke out laughing. I was hoping she wouldn’t explain.

Thinking about that I was reminded of a verse of Scripture, “To everything there is a season, and a time to every purpose under the heaven” (Ecclesiastes 3:1).

Right now, I’m in the season where God can bless me. I don’t know what the next season holds for me but I do have faith in God to fully prepare me for the upcoming change.