Be Sure Your Grin Will Find You Out 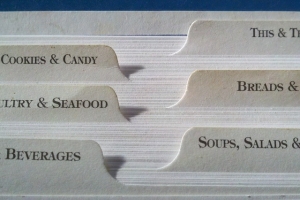 Christmas is a wonderful time of the year and I appreciate it so very much. I recognize I’m difficult to purchase presents for because I have my books, my pens, what else do I really need?

It’s a pretty well known fact that the Gracious Mistress of the Parsonage and myself differs when it comes to culinary likes and dislikes. How we got along for so many years is truly a miracle, I suppose.

She, for example, loves vegetables, particularly broccoli. (Excuse me, I need to go and wash out my mouth.)

On the other side of the table, I love Apple Fritters. (Excuse me, I need to relish the thought of an apple fritter.)

Throughout the year she tries tricking me into eating vegetables. I’ll take so much, but then I draw a line in the sand. That sand sometimes gets a little disheveled and I know who is disheveling it.

And so the “discussion” goes on and on.

We were watching the news as they were reporting on the funeral of the 41st President of the United States. Someone was giving some kind of a eulogy concerning that president and said something that caught my attention.

According to this eulogy, the 41st President of the United States hated broccoli. Let me repeat that, he hated broccoli, as well as all other vegetables.

I looked at my wife and said, “I’m in good company.”

She just dismissed that and went on with her work in the kitchen. I grinned a lot and relished the moment. I just don’t get too many moments like that.

Then, something wonderful happened.

Some of my wife’s sisters were sending her throughout the year recipes from their mother in their mother’s own handwriting. I didn’t take much note to that because I’m not allowed in the kitchen to do any cooking.

Very nonchalantly I was opening these Christmas cards and then I came upon “the” Christmas card. I noticed it was from my wife’s sister and as I opened it there was a little card inside that made my life a true joy.

The sister was sending in her Christmas card one of their mother’s recipes written in their mother’s old hand. You will never guess what the recipe was in that card!

When I opened it up I could not believe my eyes. My eyes have fooled me quite a bit down through the years, but this time I had to rub them several times in order to believe what I was seeing.

You can hardly imagine my joy. There is no Christmas joy equal to the joy I felt looking at this recipe.

Now, how was I going to present this to my wife and get all the benefit out of it?

I put all the cards back together and laid this particular Christmas card on the top. I invited my wife to come and sit down and look at some of the Christmas cards that has come from the family.

She sat on the couch and I gave her the Christmas cards and then returned to my chair to watch her opening up these Christmas cards. In the meantime, I had such a big grin on my face and I didn’t know how to hide it.

As my wife is opening up the Christmas card she looked up at me and said, “What in the world are you grinning about?”

Then she opened the Christmas card containing her mother’s recipe it her own handwriting for “Apple Fritters.” She just stared at it for a few moments and then looked up at me with one of her classic stares.

“What did you find?” I said as calmly as I could.

“You know exactly what I found.” She was quiet for a few moments as she looked at that handwritten recipe from her mother.

“So,” I said rather slowly, “when can we expect that recipe to be used in our kitchen?”

She looked at me, then look back at the recipe card and spontaneously we both burst out into hilarious laughter.

I don’t think I could have received a better Christmas present than that. Proof positive that good mothers do make Apple Fritters. Maybe they’ll be some changes to our kitchen.

Thinking about that I was reminded of a Scripture in the Old Testament. “But if ye will not do so, behold, ye have sinned against the Lord: and be sure your sin will find you out” (Numbers 32:23).

No matter what it is, it will always be exposed in the end.